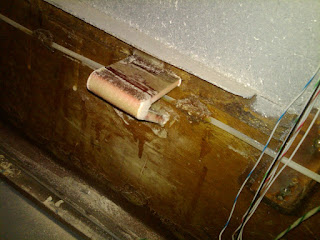 5.5hrs. Finished up a few things that I've been working on the past few days. Trimmed up a fiberglass bracket that I installed to bolt down the throttle cable brackets, and finished the installation of the new throttle quadrant I had to purchase due to the configuration of the engine. The one that came with the plane was a reversing type, and I needed a non-reversing type. 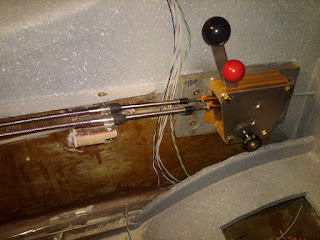 Finished glassing in some nutplates in the hellhole area where I'm mounting a stainless steel box to extend the firewall inward to fit the throttle body. To drill the holes for these, I needed to take the engine off, as well as the engine mount, so I gave the engine mount a fresh coat of paint while I was at it. Duct tape had been used on it while making the molds for the cowling, and the adhesive was so aggressive I needed to use MEK to get it off, which took some paint off as well, so a new coat was needed. 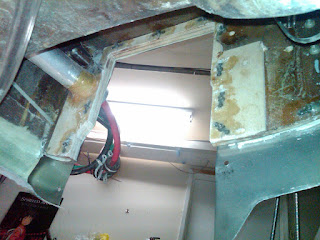 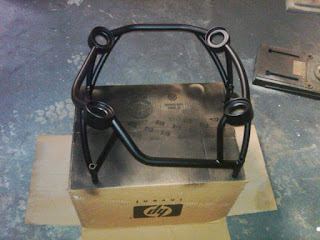 Finished buttoning up some wiring I installed for the boost pump, and installed the right bellhorn for the rudder cable as well. You can tell there's a bit of dust in the pictures, but it'll all get blown out as soon as I get my compressor over to the new location. Spent the rest of my time trying to organize all the hardware since I've re-purchased so much of it only to find I already had it laying elsewhere. 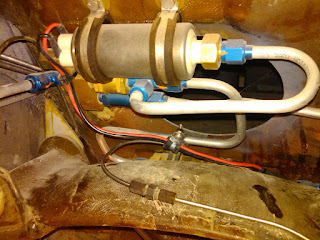 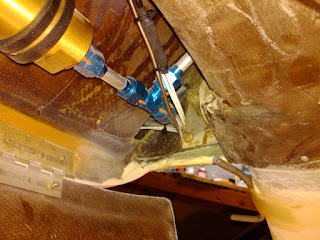 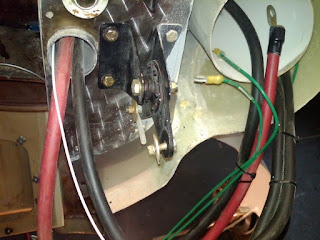 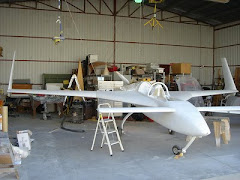